Historical origins and diffusion, from Croatina to Bonarda

When it comes to Bonarda, at least half a dozen clarifications are required. The Bonarda, in fact, is both the name of a vine and a wine, very popular throughout the North West of italy, but produced by a completely different variety, the Croatina, commonly called Bonarda in “Oltrepò Pavese” and “Piacentino”. Mind you, however, in ampelographic terms for Bonarda we mean the Piedmontese Bonarda, not the Croatina, definitely more popular: we are talking about 5,900 total hectares, divided between Lombardy (3,700 hectares) and Emilia Romagna (2,200 hectares). Known since the Middle Ages, as Ian D’Agata tells us in his “Native Wine Grapes of Italy”, Croatina originates from the Rovescala area, in Lombardy, even though the ampelographer Emanuele Di Rovasenda places it in the North of Piedmont.
The first official description, by Gallesio, dates back to 1831, although a notary document from 1192 already speaks of the enological production in Rovescala at the time, and the most romantic ones date back to the history of Croatina. That in the second half of the nineteenth century, despite a certain production irregularity, and a bad resistance to peronospora, became extremely popular in the Lombard area, where dozens of similar varieties proliferated but with different names, due to the huge intravarietal variability of the same Croatina (for intravarietal variability we mean – simplifying a very basic concept of genetic analysis of the vine – the ability of a variety to adapt to different areas and territories giving rise to different biotypes, a striking example is that of Grenache, which in Sardinia becomes Cannonau).

Obviously, Croatina is also the basic grape variety of Bonarda of “Colli Piacentini” (the minimum percentage is 85% according to the specification), and we must consider it a variety capable of giving high quality wines, pulpy, sweet and creamy, both in the versions firm than in those sparkling, so much to be often used to soften the Amarone, but also deeply fruity. Moreover, Croatina is distinguished by a great abundance of rather rough tannins, as well as a large concentration of anthocyanins (substances present in grapes that have important antioxidant properties).

Cluster with industrial maturity: large (20-25 centimeters); conical, winged; of medium compactness or compact. Peduncle of medium length (about a third of the length of the bunch), semi-woody, quite large, clearly visible. Medium-short pedicels, of a dull red color; clear, purplish-red hoops more loaded than the pedicels; short and colorless brushes.
Grape: medium, spheroid or slightly visibly ellipsoid, regular; circular cross section; navel not persistent; fairly pruinose skin, of a regularly widespread turquoise color, rather thick, thick and leathery; colorless juice; juicy pulp, with a simple flavor.
Grape seed: generally two per berry, rather small than medium, with a slightly elongated and not very pointed beak. No grape is without grape seeds.

The most common version of Bonarda, this typical product to the nearest of Piacenza hills, is lively or sparkling and goes well with cold cuts, boiled meats, “cotechino”, “zampone”, “cassoeula”. Also pasta with tomato-based sauces better with meat, risottos with meat and / or legumes, meat ravioli even in broth. But there is also a firm variant, much more full-bodied and structured (famous for example the Gaggiarone, produced on the homonymous hill of Rovescala), ideal for red meats and cured meats.

Bonarda wines of our cellar 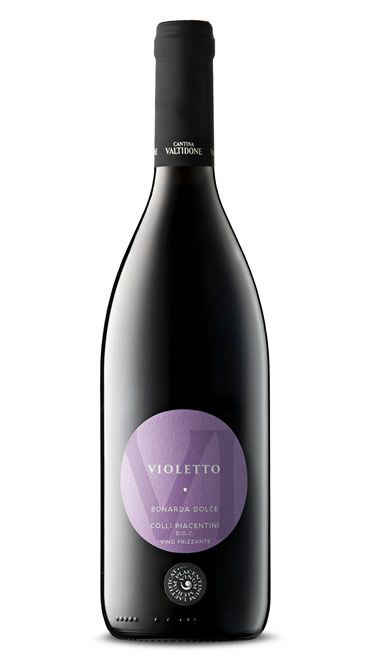 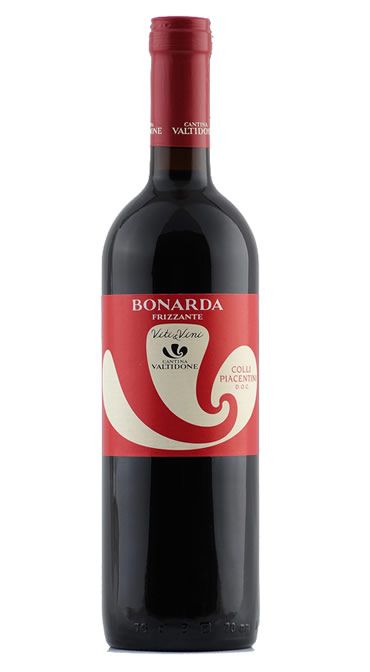 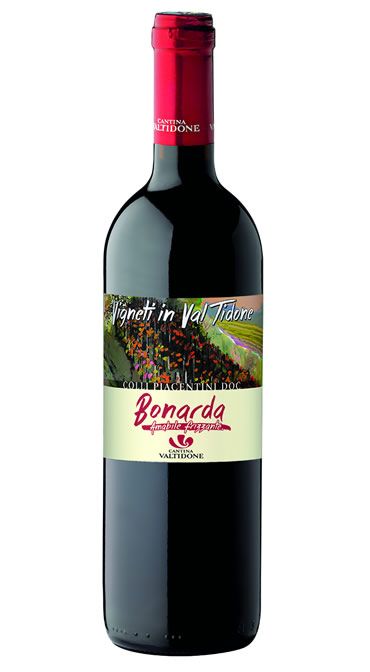 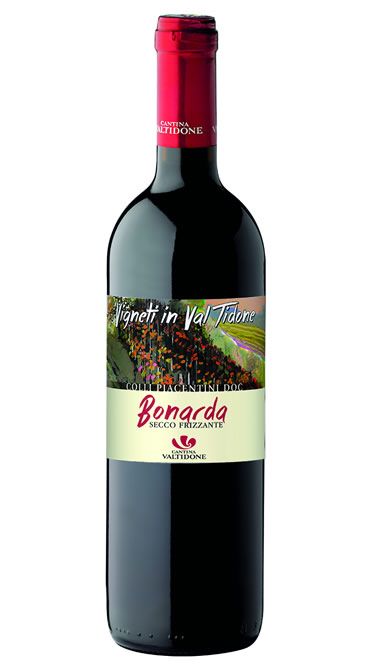 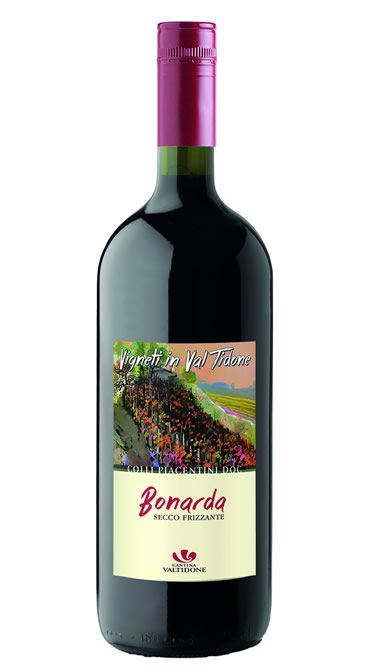